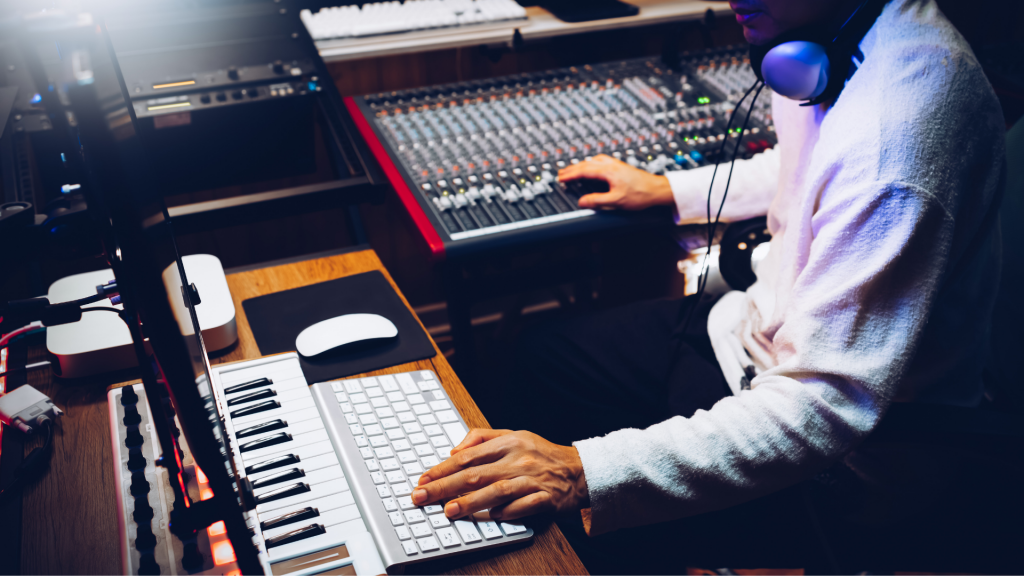 With the increase in technological development, music has become a complex mixture of sounds that has taken a completely new form. While the digital era has created new terminologies, it also brought change within the industry.

The term “digital” is used to describe music that is produced and released digitally. This includes songs recorded on digital platforms such as Spotify or iTunes. The term “analog” describes the sound of musical instruments and vocals captured on a physical medium like vinyl or acetate records.

Here are the new Terms that we normally read or hear in the music industry:

Beatmaker: This is a type of producer, often working with instrumental hip-hop, electronic dance music, and drum and bass.

Bit rate: This is the number of bits (binary digits) used to encode a single audio or video frame or image. It is one of the most important attributes of a digital transmission since it affects such things as the resolution, size, and file size of the transmitted data.

DAW/Digital Audio Workstation: This is a computer application that is used specifically for digital audio production. It provides a variety of features to edit, produce, and mix music and sound for media content.

EP (Extended Play): EP is a term that is often mistakenly used to refer to the length of a song. It refers to the amount of time that an artist decides to include in one song.

Hi-res: High-Resolution Audio: This is a form of digital audio that can be stored in higher resolutions than standard, compressed digital audio.

Live stream: Live stream is a technique that allows the audience to watch an event in real-time. It is mainly used to broadcast important events, large sports events, games, concerts, or news.

Monetize: This is a term that means to make money or to be profitable. This is an important term for businesses because they need to know how much revenue they will be able to generate from the service or product they are offering.

Music Collaboration: It is the act of two or more people coming together to make music. It can be done with a wide variety of instruments, such as guitar, drums, and violin.

Music Publishing: It is a business in which publishers of musical compositions and their songwriters negotiate the rights to public performance, mechanical licensing, recording, and synchronization.

Music Start-ups: These are new companies that focus on music production. These companies provide the different tools needed to make music from hardware to apps.

Music Streaming: This is a practice in which people listen to music using services such as Spotify, Apple Music, or Google Play Music. With these services, users can stream or download music and listen to it on any device they have access to. It has been introduced as a new way of consuming music and replacing outdated practices such as buying CDs or vinyl records.

Podcast: This is a digital audio format which can be distributed and played on computers, mobile devices, or iPod. Similar to other digital audio formats such as mp3 and m4a, podcast files contain audio recordings. Each episode is hosted on its own website, called a podcasting platform.

Social Media: This is the new way to communicate, share information, and bond with others. It allows people to connect and share their experiences as well as thoughts.

Topline: This is a melody used in a song that can be heard before the other melodies come in. It is usually the first few notes of a song.

Viral: This is a term used to describe something spread quickly and easily, especially through social media. It can be used as a noun or an adjective.

VST: Virtual Studio Technology: This is a new way of recording audio that allows users to create professional-quality recordings in an instant with little training or knowledge about production, engineering, or music production.

YouTuber: A YouTube personality, or YouTuber, is an individual who produces videos in which they play a video game or conduct some type of experiment.”